God or Empire? You Choose

There are for-profit concentration camps in the United States right now. Adults and children are kept separately without adequate food and water, and without hygiene products including feminine hygiene supplies … 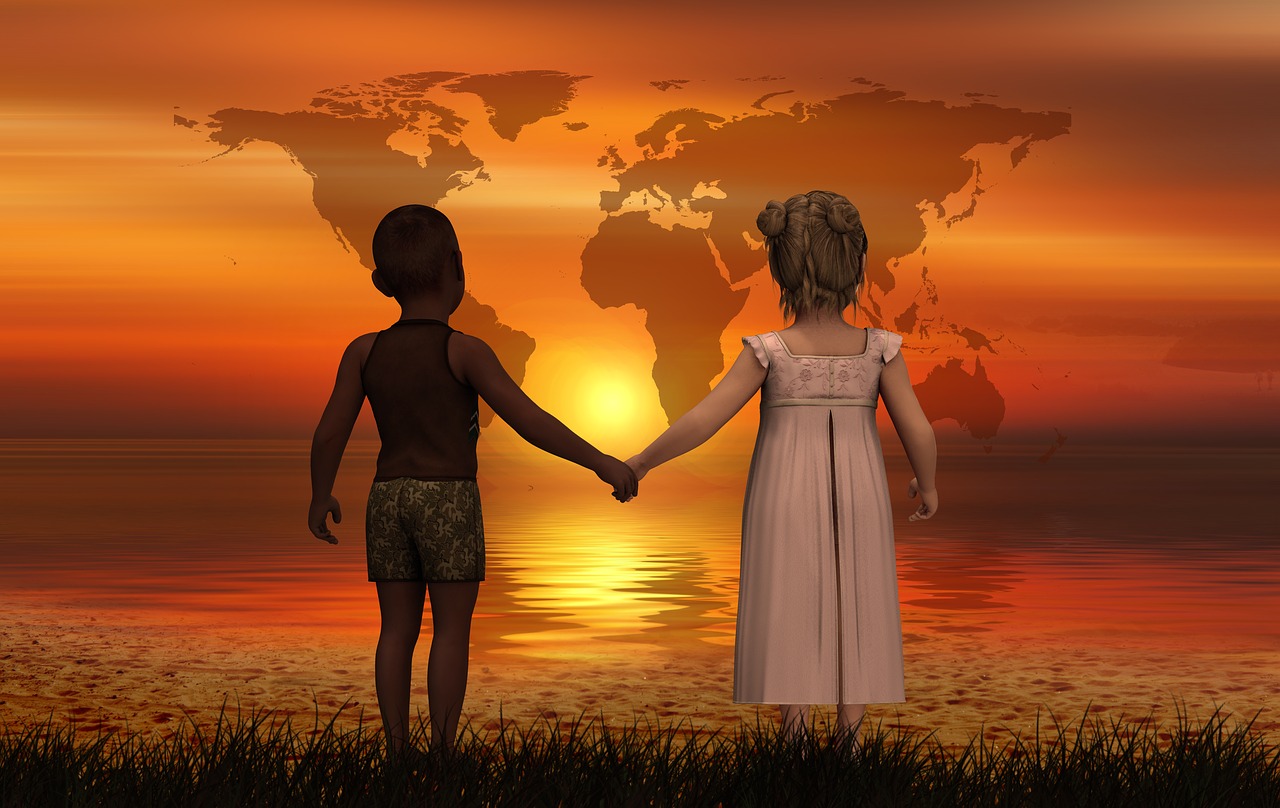 There are for-profit concentration camps in the United States right now. Adults and children are kept separately without adequate food and water, and without hygiene products including feminine hygiene supplies and diapers. People are making money from treating refugees, immigrants, and asylum seekers as though they were not human. How is this possible in 2019 in a country that many would claim is a “Christian nation.” There is nothing less Christian than dehumanizing people when they are in need of hospitality and sanctuary.

Of course, I dispute the idea that this country was ever meant to be a Christian and only Christian nation. From what I recall of my history lessons, religious freedom was one of the cornerstones of this country. Yes, I know they were mostly Christians of various sects with a few deists to temper the waters, but let’s go with the intent. The U.S. has always been a pluralistic country. The separation of church and state was meant to keep the government from telling citizens what religion they must practice. This means we are free to choose any or no religious practice without reprisal from the government. In other words, we can have whatever religious affiliation we want and it shouldn’t matter to those who hold higher office. Nor should it matter to anyone – our neighbors or our government.

Now that we are clear about that, let’s look at this from a Christian perspective since many claim that they are Christian and support the current Administration. The first thing to remind ourselves is that Jesus looked a lot more like the folks being held in detention centers at the southern border than the usual blue-eyed blond, emaciated Caucasian that is the common depiction of him. Jesus was brown skinned. Additionally, if you read the Gospels, then his family was homeless at the time of his birth and then became refugees in Egypt for a period of time. Common belief says that Jesus came from a poor family. He was just a carpenter’s son and nobody of any political power. He also got himself into a fair amount of trouble by speaking out against agents of the Roman Empire, those employed by the Temple and those serving Rome in more clear capacities. How many times do the Gospels tell us that there were plots to kill him?

Christians today have conveniently forgotten a few key lessons. On the conservative side of the theological divide, we’ve pushed away the knowledge that Jesus always ministered on the margins. He encountered the outcasts and the unclean and offered them healing, wholeness, and community. He didn’t treat women differently than men or Greeks differently from Jews. He didn’t distinguish between the very poor or the very wealthy, those with no power and those with significant power. Would Jesus sanction putting children in cages away from their parents just because their families were desperate for a better life and they spoke Spanish rather than English?

Lest you think I’m picking on the conservative folks, progressive people have forgotten a few things, too. We have told ourselves for decades that politics don’t belong in the church. We have kept our faith separate from our public lives and really just want the comfort of the familiar when we find time to worship. Jesus didn’t care very much for the complacency of maintaining tradition for tradition’s sake. He didn’t have much use for the apathy he encountered in the Scribes and Pharisees who seemed only interested in maintaining their own positions of power and comfort. Jesus was a revolutionary who adhered to God’s ways even though that path led to his death. Would Jesus choose to remain silent when people are being dehumanized just so that people could remain comfortably ambivalent about what would be the right thing to do?

Truthfully, in the early days of this Administration when a few people were drawing comparisons between the President and Hitler, I thought they were exaggerating. The world would not let such atrocity happen again, would it?Yes. Yes, it would. This President has manipulated the news outlets while creating and propagating his version of reality. He has targeted Muslims and fanned the horrid flames of Islamophobia. This President has supported decreasing the rights of LGBTQ+ people increasing discrimination, bullying, and violence. He has also targeted women, African American people, people with disabilities, and poor people. He has supported the privatization of prisons and increased the sanctioned the increase in ICE activities. Make no mistake, white supremacy is on the rise. If you are not on this list of unacceptable people now, you might be soon. What will it take for us to unite against the systematic removal of those who live on the margins, literally and figuratively?

There is nothing faithful here. I think about how Jesus sent the 70 out into the world. They did not go alone and they would find everything they needed to do the work God had set before them. They were to bring peace to every household they entered. If the peace was received the Realm of God was near. If the peace was rejected, they were to shake the dust off themselves and move on, carrying the Realm of God with them. This passage tells us all we need to know about what following the way of Christ should look like, and it doesn’t include for-profit concentration camps.

We are to rely on each other and all our neighbors. We are to bring peace with us, wherever we go. If we are living in holy ways, then we will have everything we need. Realm of God is nearest when we bring peace to every household we enter. It’s that simple. We have what we need in this country to welcome everyone who needs sanctuary. We have the resources if we focus on loving our neighbors more than protecting ourselves. The Empire thrives on fear and division. The Body of Christ thrives on compassion and unity. The question remains: which one are we actually serving?